With a contentious November election on the horizon — one that may have monumental implications for the economy, and in particular the healthcare industry — it’s easy for investors to see risks everywhere they look. In times of uncertainty, I often refer back to a quote from Jeff Bezos that helps put things in perspective. The Amazon founder once said:

As the coronavirus pandemic continues to rage across the globe, taking a severe toll in the U.S. and elsewhere, big changes could be coming to healthcare. Depending on the makeup of the Supreme Court and who gets elected in November, a wide range of possible policies are imaginable. But some things are unlikely to change no matter how these play out — not least the need to treat, test, and manufacture a vaccine for COVID-19. 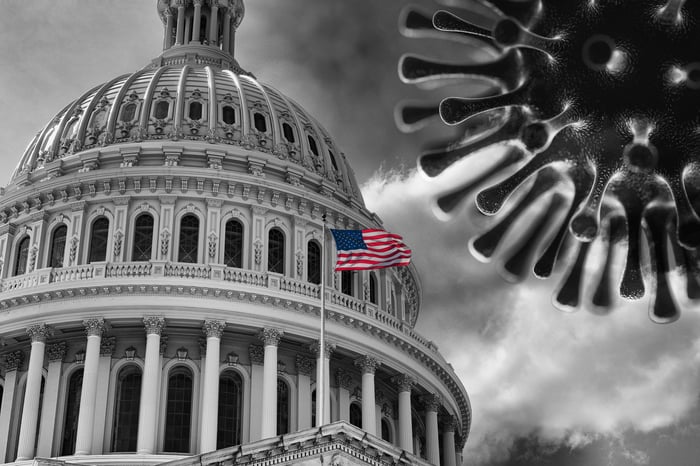 1. Regeneron is developing treatments for COVID-19

Regeneron‘s (NASDAQ:REGN) monoclonal antibody therapeutic garnered global attention when President Trump received the experimental treatment after testing positive for COVID-19. The results seemed to confirm early success in clinical studies. The antibody cocktail — based on an earlier treatment for Ebola — has been most effective in patients who did not mount an effective immune response to COVID-19 on their own. The company has been using these monoclonal antibodies to develop treatments for skin and lung cancers, and has its sights set on other diseases in the future, including prostate and ovarian cancer.

Operation Warp Speed — the public-private partnership that has injected billions of dollars and massive effort into the development and manufacturing of a vaccine — has accelerated a process that may have taken a decade into the timespan of a single year. Given the effort’s major focus on developing a vaccine, only one therapeutic has received investment, and the amount was less than 5% of that spent on vaccines. That single investment went to Regeneron. Even before the 2020 pandemic, Regeneron was a stellar growth company, having expanded its sales by more than 1,700%, to almost $8 billion, during the 2010s. With a profitable lineup of existing drugs, likely approval of its COVID-19 treatment, and what appears to be further validation of its experimental treatments, the company is set up for another stellar decade. 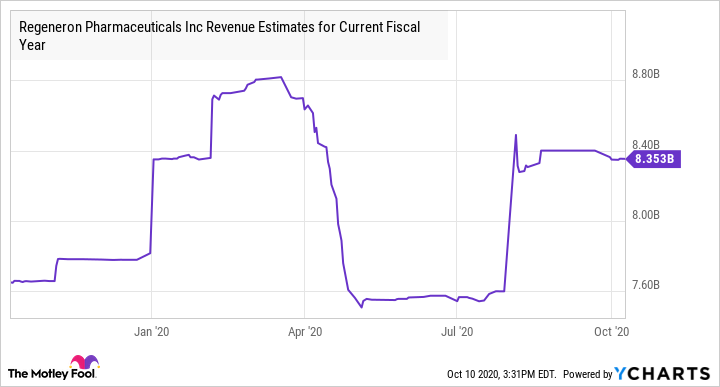 Quest Diagnostics (NYSE:DGX) doesn’t get a lot of attention from investors as it relates to the coronavirus — but maybe it should. The company has a broad network with thousands of labs and patient service centers, its own logistics network of automobiles and aircraft, and the ability to run about 150 million tests per year. It’s exactly this end-to-end network that has allowed management to allocate resources to support the country’s overwhelming testing needs during the pandemic.

As of the end of September, management says Quest has conducted almost 16 million cumulative diagnostic tests for COVID-19 and increased testing capacity to 400,000 per day, with an average two-day turnaround for results. Testing will become ever more critical in the U.S. as the weather cools and people spend more time indoors. In addition, management recently announced a 3-in-1 test that detects not just COVID-19 but also influenza A and B, to make it easier to diagnose and treat patients.

As American life begins to return to some kind of normal, Quest will play a pivotal role. The company has announced partnerships with various college football conferences and the NBA, and it’s also paired up with Clear, the biometric identity program that lets so many frequent flyers avoid long security lines at the airport. Despite some hiccups — the NBA switched testing partners away from Quest when testing volume in Florida delayed results for their players — all this momentum has found its way into analysts’ revenue estimates for next year. And the trend is likely to continue: The company has beaten analyst estimates in nine of the past 11 quarters, and management recently raised full-year guidance. 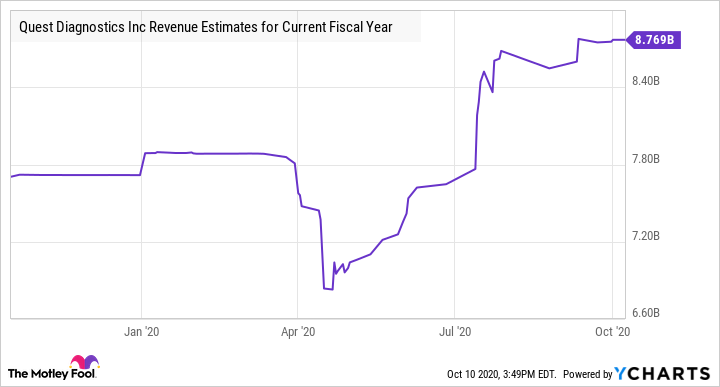 3. Emergent Biosolutions is making progress toward a vaccine on almost all fronts

Lost in the headlines about who will be the first to commercialize a COVID-19 vaccine are the details about how those vaccine candidates are being developed and manufactured. Emergent Biosolutions (NYSE:EBS) is at the center of that effort. The company is currently partnering with Johnson & Johnson, AstraZeneca, Novavax, and Vaxart on vaccine candidates.

Between the support from its drugmaker partners and a grant from Operation Warp Speed, the company is slated to earn nearly $1 billion for helping create vaccines through 2021. As you can see, estimates for fiscal 2021 revenue have been consistently increasing as the company continues to gain partners. Don’t be surprised if that trend continues as the company’s position in the critical path of vaccine development gets more attention. 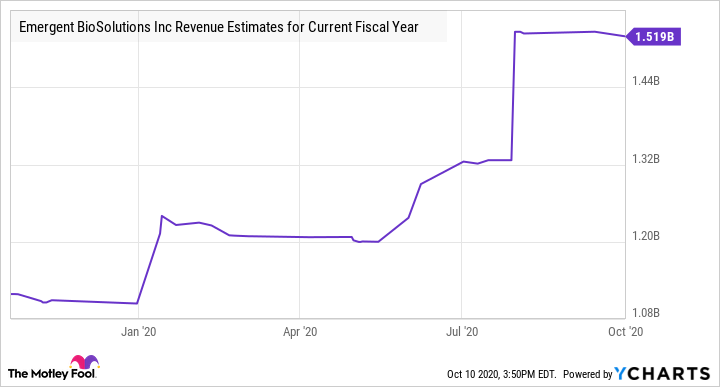