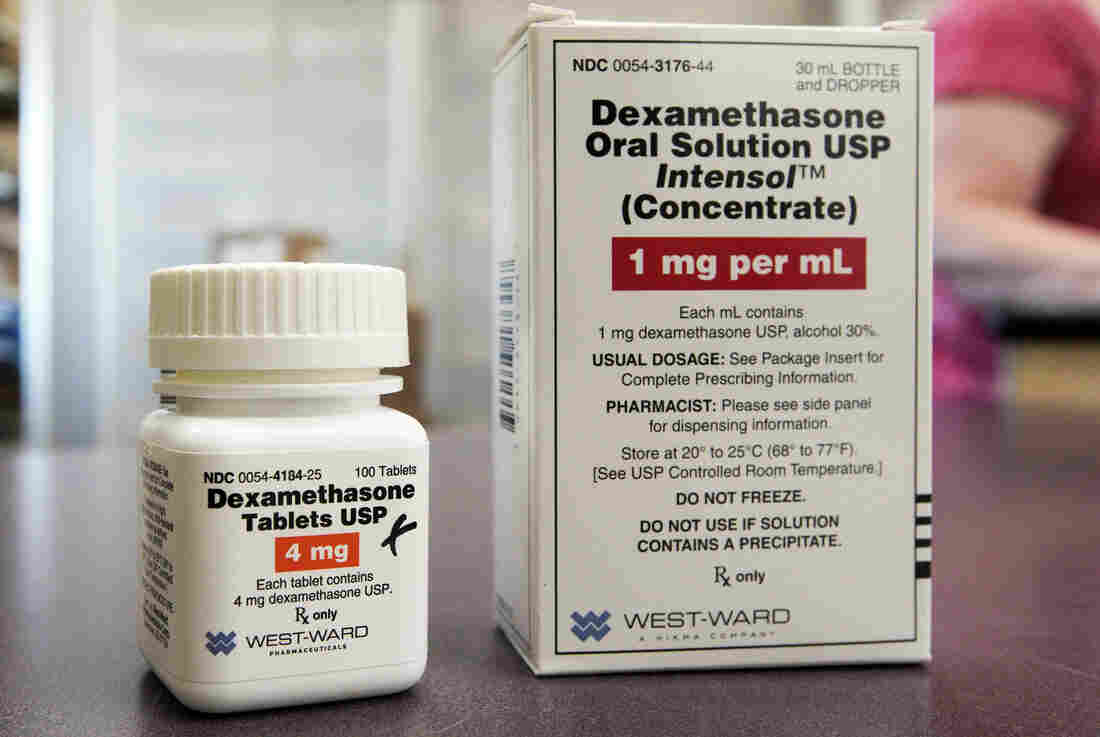 Dexamethasone is a low-cost, anti-inflammatory drug that has been shown to reduce the risk of death in patients with COVID-19. 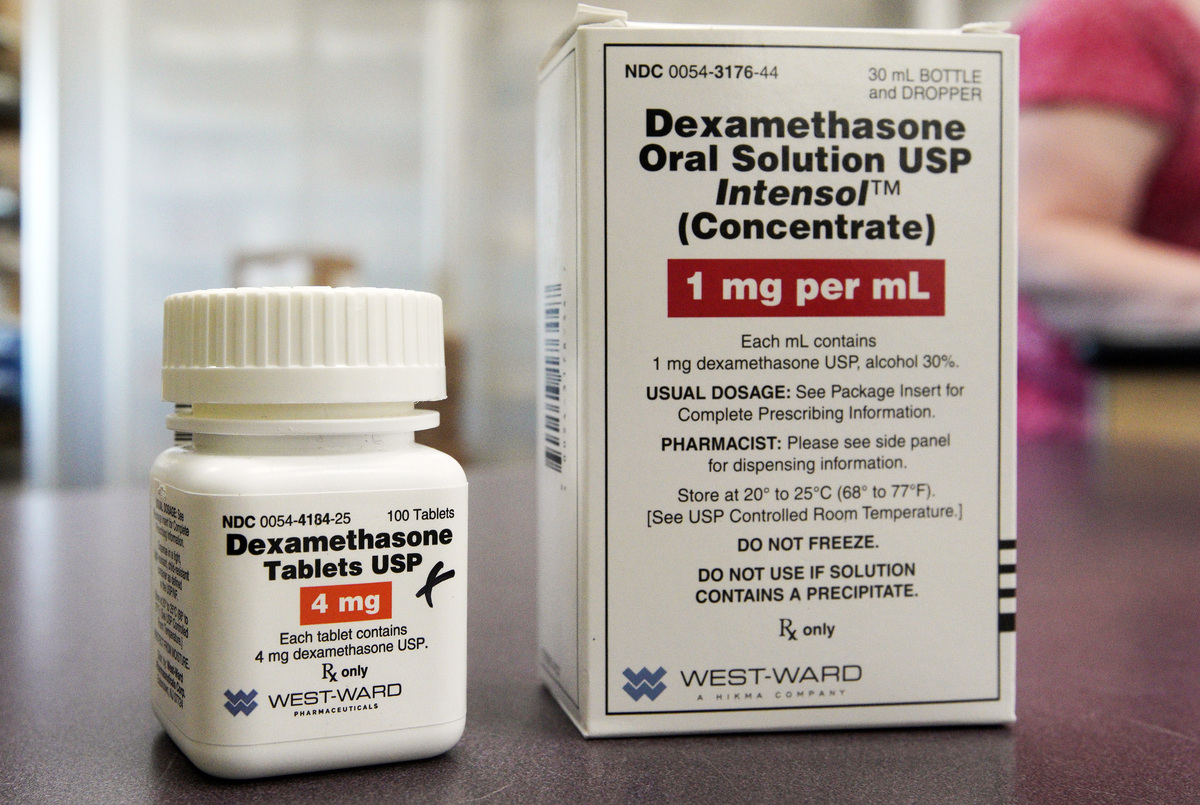 Dexamethasone is a low-cost, anti-inflammatory drug that has been shown to reduce the risk of death in patients with COVID-19.

President Trump told Fox Business Network on Thursday that he will be taking a steroid for COVID-19 for a “little bit longer.” As his physicians told reporters last weekend, Trump started taking the drug on Saturday while he was still at the Walter Reed National Military Medical Center.

The steroid, dexamethasone, is now part of the “standard of care” for COVID-19, said Dr. Celine Gounder, assistant professor of medicine and infectious diseases at New York University School of Medicine.

“It’s an old drug, it’s cheap,” she said. “Of all the drugs we’re using for COVID, it’s the one that we have the most experience with.”

Dexamethasone is an anti-inflammatory drug used for a range of ailments, including arthritis, kidney, blood and thyroid disorders and severe allergies. The drug is on the World Health Organization’s list of essential medicines and is also used to treat certain types of cancer.

Earlier this year, a large clinical trial in the U.K. found that giving dexamethasone to patients hospitalized with COVID-19 reduced their risk of dying. Patients were given 6 milligrams of the drug for 10 days.

The study, published in The New England Journal of Medicine in July, found the drug cut mortality by a third among severely ill COVID-19 patients who were on ventilators, and by a fifth for patients receiving supplemental oxygen. It was found not to have any benefits for patients with mild illness, and there was some evidence of potential harm.

Later in the course of the disease, COVID-19 can cause the immune system to go into overdrive, damaging the lungs and other organs. That’s what can happen to people who are severely ill. Dexamethasone helps these patients by tamping down the body’s immune response.

The Infectious Diseases Society of America now recommends giving 6 milligrams of the drug for 10 days to critically ill COVID-19 patients on ventilators and those requiring oxygen support. But it recommends not using the drug on people with mild illness who do not require supplemental oxygen.

While this commonly used drug is generally safe, there are a range of known side effects. “By far, the most common is hyperglycemia, so that’s where your blood sugars will shoot up,” Gounder said.

Also quite common, especially among older patients are a range of psychiatric side effects, she added.

“Anything from feeling like you’re on top of the world … your arthritic aches and pains of age just melt away, you have lots of energy,” she said. “There may be some grandiosity.”

The drug can also cause agitation, insomnia and even, psychosis, Gounder said. “My own father was treated with high-dose steroids as part of his lymphoma regimen and developed acute psychosis requiring psychiatric hospitalization.”

All these side effects point to the need to monitor people on these drugs carefully, she added.

If the president’s doctors had prescribed him the recommended course of treatment, Trump would have finished the steroid therapy early next week. But today, White House physician Dr. Sean Conley said Trump has completed his COVID-19 treatment.