Some people are back to normal health within weeks. But for others, issues persist for months or cause damage that might lead to other health issues in the future. 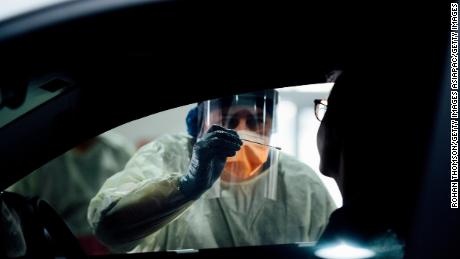 Many people who get the novel coronavirus will show symptoms, but an estimated
40% of people who contract the virus are or were asymptomatic, according to the Centers for Disease Control and Prevention. They will shed the virus but may never know they had it.
For those who exhibit symptoms, the severity and length can vary, especially by age group. About 65% of people
return to their usual state of health five to 12 days after a positive test, according to the CDC.

It depends on your underlying health issues

Having a chronic condition such as obesity can affect a patient’s return to health. And the more underlying health issues a person has, the higher the rate of people reporting they still have symptoms two to three weeks after a positive test,
the CDC says.

In people with three or more chronic conditions, 57% were still feeling unwell after 14 to 21 days, according to the CDC study. 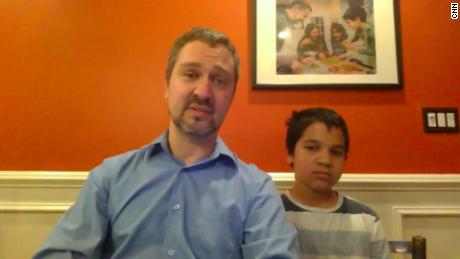 People who get mild or moderate Covid-19 are told to isolate and can leave about 10 days after symptoms first appear if it has been 24 hours since they last had a fever (without the use of fever reducing medicine), the CDC says.

But some symptoms can persist beyond that 10-day window.

“Loss of taste and smell may persist for weeks or months after recovery and need not delay the end of isolation,” the agency adds.

Fatigue, coughing and headaches are other symptoms that can often be difficult to shake.

The Mayo Clinic says that even though Covid-19 is a respiratory disease, it can damage more organs than just the lungs, where scar tissue after pneumonia from Covid-19 can affect a person’s breathing.

There can be lasting damage to the heart.

“This may increase the risk of heart failure or other heart complications in the future,” the
Mayo Clinic says on its website.

Covid-19 can also cause strokes or seizures, the website says.

Another worry is Guillain-Barre syndrome, an autoimmune disorder in which the body’s immune system attacks the nervous system.

Patients, over the course of several weeks, experience tingling in their legs, then weakness in their legs and arms, and in some cases even lose the ability to use muscles. In general, it can take patients weeks to years to recover, doctors say.

According to
the Mayo Clinic, Covid-19 also “can make blood cells more likely to clump up and form clots.”

“While large clots can cause heart attacks and strokes, much of the heart damage caused by COVID-19 is believed to stem from very small clots that block tiny blood vessels (capillaries) in the heart muscle,” the Mayo Clinic says.

The lungs, legs, liver and kidneys can also be affected by blood clots, the Mayo Clinic says.

There can be some long-term issues 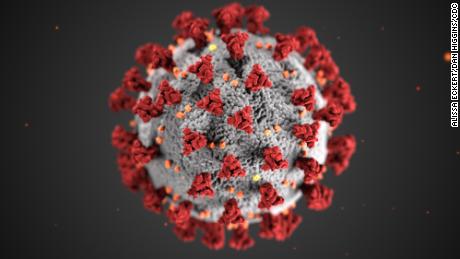 Some people who get Covid-19 will have problems for months. Thirty-five percent of patients surveyed by the CDC said they still weren’t back to their usual good health even two to three weeks after testing positive for the disease.

These long haulers might have damage to their blood vessels, according to
one doctor who is researching the long-term effects.

“We think that this long-term damage may in part be due to vascular damage, kind of a footprint that the virus leaves even when it’s gone from the body,” Dr. William Li told CNN.

Shelby Hedgecock, a former personal trainer, has problems that have lingered since April when she tested positive. Though she tested negative in May, she told CNN last month that she is still having neurological issues, cognitive issues, shortness of breath, chest pain, loss of smell and body aches and pains that send her to her bed for days.

Hedgecock’s experience is not unique, Li said. His team is looking to connect the symptoms with data pointing to the virus not just affecting the lungs but the blood vessels that connect the whole body, the doctor said.

Many who are hospitalized could become long haulers, study suggests

About
three-quarters of people hospitalized could become long haulers, according to a paper uploaded to the pre-print server medRxiv on August 14 without having yet been vetted by outside experts or accepted for publication.

Researchers from the Academic Respiratory Unit of the North Bristol NHS Trust in the UK looked at 110 Covid-19 patients, whose illnesses required hospital stays for a median of five days between March 30 and June 3.

Twelve weeks after patients were released from the hospital, 74% of them reported symptoms, including breathlessness and excessive fatigue.

Despite these symptoms, however, 104 of the 110 patients in the study had normal basic blood test results, with just 12% showing an abnormal chest X-ray and 10% showing restrictive lung function through spirometry tests.

Dr. Anthony Fauci said in August that follow-up examinations of young people who had no longer had symptoms showed long-term issues.

“In individuals who are young and otherwise healthy, who don’t require hospitalization but do get sick and symptomatic enough to be in bed for a week or two or three and then get better, they clear the virus — they have residual symptoms for weeks and sometimes months,” he said during a American Society for Microbiology briefing.

“These are people that supposedly recovered from Covid-19,” Fauci said.

He said many of them showed evidence of cardiovascular abnormalities, myocarditis or emerging cardiomyopathies.

SARS-Cov-2 has been around less than a year so more will be learned about it. Researchers are studying patients who have had Covid-19 or others who had similar viruses.