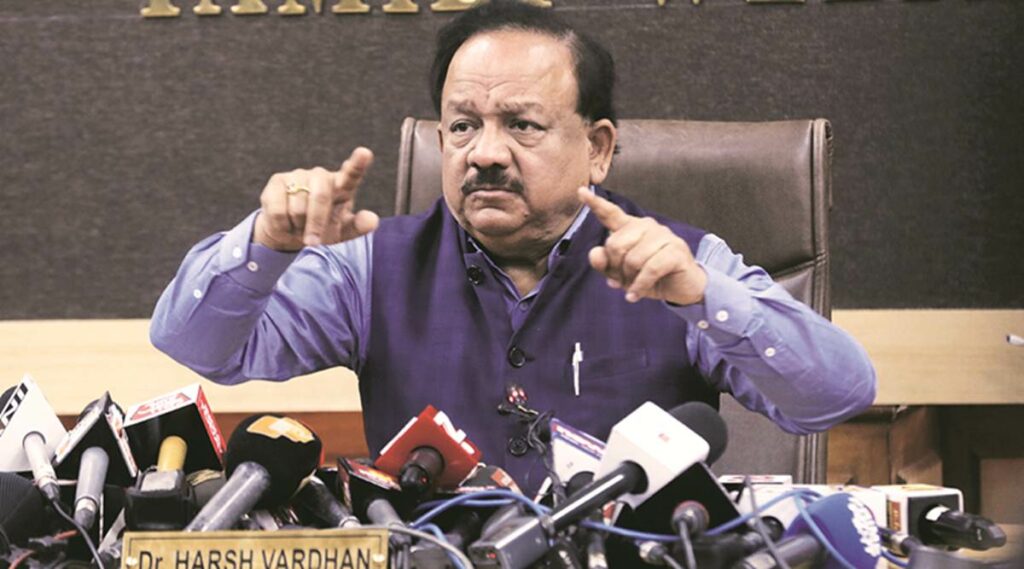 Union health minister Dr Harshavardhan announced that their department had made all arrangements to provide Corona vaccine to 25 crore people in the country by next July. He said that the government only would procure 40-50 crore doses.

The Union minister was answering several queries asked by the netizens during the ‘Sunday Samvaad’ programme being conducted every Sunday in the wake of Corona crisis.

He said that the clinical trials by several pharma companies to produce Corona vaccine have reached a critical stage. “Though we expect the vaccine to be ready by this yearend, its administration to the people will be possible only by next summer,” he said.

As per the statistics declared by the central health department, as many as 75,829 Covid-19 positive cases were registered and 940 deaths were recorded in the last 24 hours. Now, the total tally of Corona cases in the country is 65.5 lakh and the death toll is 1,01,782. As India is recording a better recovery rate than other countries, as many as 55.10 lakh people had already been discharged after recovering from the infection and there are 9.4 lakh active cases.