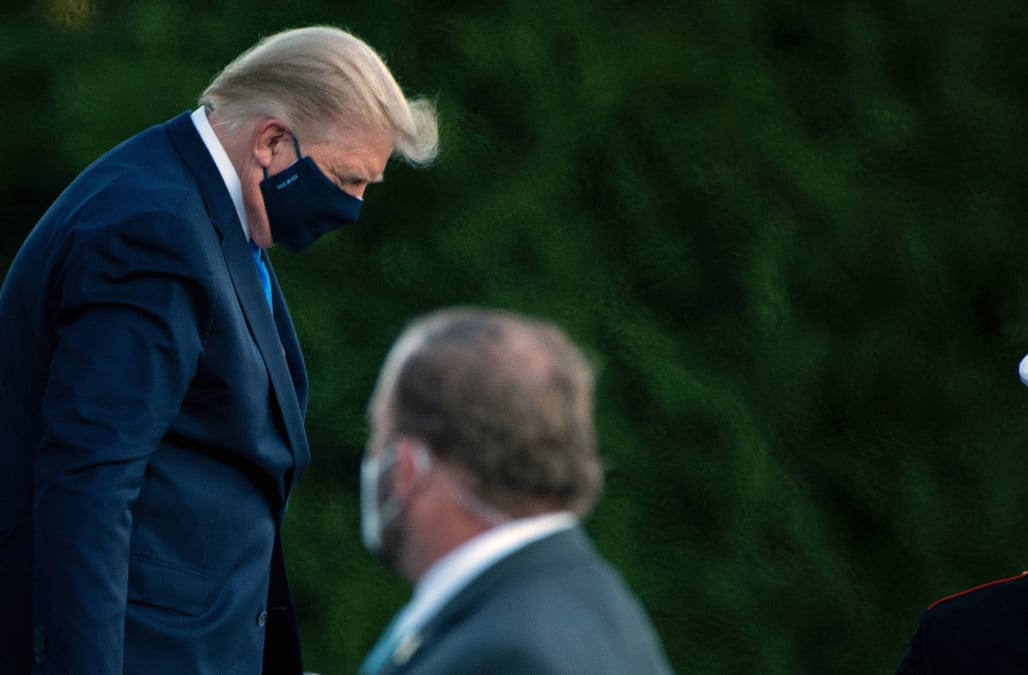 “As a precautionary measure, he received a single 8 gram dose of Regeneron’s polyclonal antibody cocktail. He completed the infusion without incident,” Dr. Sean Conley, the president’s physician, wrote in a memorandum.

Full coverage of the coronavirus outbreak

The drug cocktail is a combination of two so-called monoclonal antibodies. The treatment is meant to provide the body’s immune system with a temporary, but immediate, boost to fight off the coronavirus.

Monoclonal antibodies (or, in this case, polyclonal because there are two in the cocktail) are made in a lab to mimic the body’s natural antibodies. Antibodies act by recognizing specific germs — in this case, SARS-CoV-2, the virus that causes Covid-19 — and harnessing the immune system to fight them off.

The therapy, though still unproven, is considered by experts to be one of the most promising treatment options for the illness.

Regeneron confirmed it provided its drug to the president under what is called “compassionate use,” through which the Food and Drug Administration allows access to experimental drugs outside of clinical trials for patients with a life-threatening condition or serious disease.

The treatment is currently being studied in clinical trials as a potential treatment and possible prevention of illness in people who have been exposed. The drug company said Tuesday that early evidence from the trials suggest the treatment appears to be beneficial in patients with mild to moderate illness.

Trump is said to have mild symptoms, including fatigue and a low-grade fever. As a precautionary measure, the president has been taken to Walter Reed National Military Medical Center.

The letter from the president’s physician also said Trump has been taking zinc, vitamin D, the heartburn drug famotidine, a daily aspirin and a sleep aid called melatonin. All of those are sold over the counter. There is no solid evidence any might help treat Covid-19.